Dogs as Therapists with Ward Serrill | The Long Leash #44 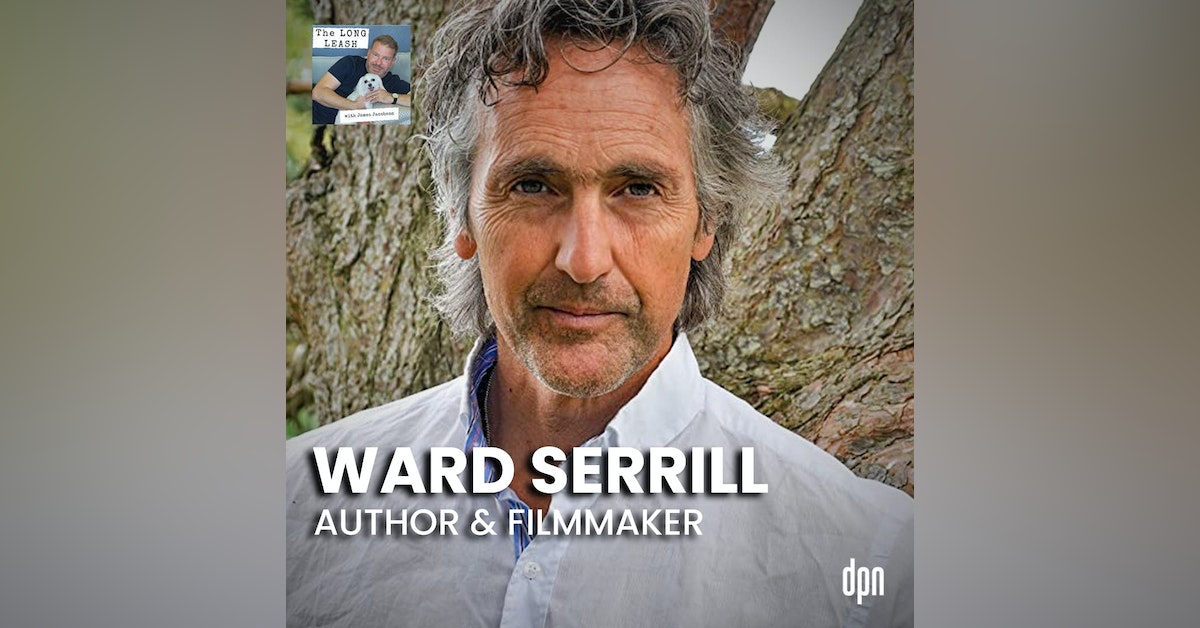 Can a loving and well-adjusted dog help a grown man heal his abusive childhood? This award-winning filmmaker’s story suggests the answer is yes.

Ward Serrill wore three-piece suits and thought it was normal to go without touch when his accounting firm sent him north to a small town in Alaska. In that wild place, however, he touched a wild force within himself, one that called him to go further.

Further up the river, into the wilderness, into the cold, into himself. And his companion on this years-long self-isolation experiment? A Labrador named Woody, the pick of the litter, the prize pup he wrangled out of the breeder’s hands.

Alone in a shack and finally confronting his childhood demons – his mother’s suicide attempt while pregnant with him, his father’s alcoholism and violence – Ward found himself relying on Woody for basic lessons about being human.

The dog, raised in a loving and positive environment, became a model for the man. Ward learned what companionship, touch, and authenticity can do to the heart.

Ward’s extraordinary story of emerging from the devastation of a terrible childhood by following the lead of a dog is captured in his extraordinary memoir, To Crack the World Open.

The award-winning documentary filmmaker joins us for a heart-to-heart conversation about love, dogs, healing, and how imagination can often conjure up our best self-therapy.

To Crack the World Open on Amazon: https://www.amazon.com/Crack-World-Open-Solitude-Alaska-ebook/dp/B08XZMFY7C

Ward Serrill is the award-winning writer and director of The Heart of the Game, released by Miramax to wide critical acclaim as well as The Bowmakers. He has created more than ninety short films including Building One House with Robert Redford and Wild America with Sissy Spacek. His fourth feature, Dancing with the Dead: the Life and Times of Red Pine, is in production. Ward’s memoir, To Crack the World Open – Solitude, Alaska, and a Dog Named Woody is published by Girl Friday Books.