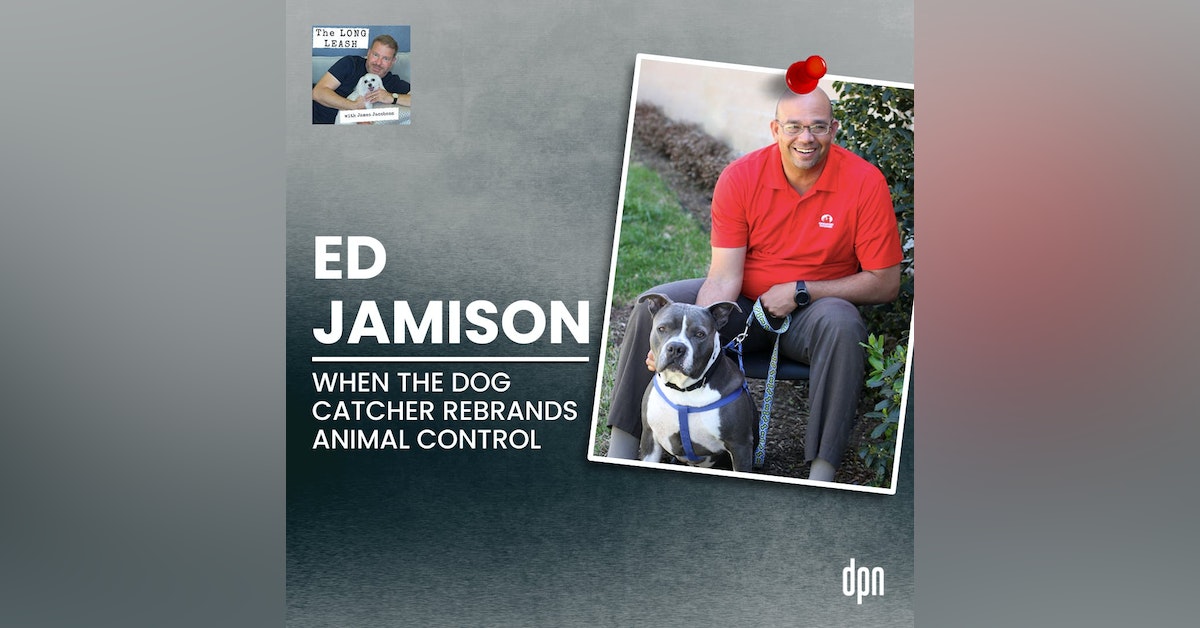 This dog catcher kept finding leverage and new solutions to old problems. Ed Jamison is an animal welfare pioneer who helps both the animal in need and the people in need who love them.

You know that person at work who has a new idea every five minutes? Who says at least once a meeting, “I was thinking about it, and why don’t we…?”

That’s Ed Jamison. But he’s not some tech entrepreneur – he’s an expert in animal welfare with decades of government experience, and now the Director of Operation Kindness in Carrollton, Texas.

Ed joins us today to explain how he has used data to help governments revamp their animal control programs into animal welfare programs. He’s got a huge catalog of dog stories dating back decades to his days as a newbie Animal Warden in Ohio, where he convinced his bemused supervisors to try new methods to old problems by staying on budget. Or his time as Chief Animal Control Officer in Cleveland, where he rebranded both the agency (to Animal Welfare and Control) and the negative reputation of the city’s rescue pittie population to the very cool City Dogs.

Whether taking dogs out for jogs to leverage their need for exercise into positive marketing for pittbulls, showing up at any dog-friendly business with super awesome rescues, lowering euthanasia rates in Dallas (where he served as Director of Dallas Animal Services), starting a pet food bank for people in need, to literally saving lives – dog AND human – by reducing loose dogs on the street, Ed has been searching for leverage in animal welfare.

Stepping into the directorship of Operation Kindness makes Ed’s work, for the first time, non-governmental. Now that he has private support and funding for his big ideas, he’s able to help the already-pioneering 501c3 to help even more people. As the pandemic rages, he’s got the animals in mind – because as he points out, behind every animal in need, there is a human in need, too.

Ed Jamison became CEO of Operation Kindness in March of 2021. Previously, Ed was Chief Animal Control Officer for the City of Cleveland. He then served as the Director of Dallas Animal Services (DAS), where he led a staff of more than 200 employees, rebuilt the volunteer base, and instituted new, progressive programming. The “Dallas 90” campaign was designed to help create a community where all people and animals are safe, treated with respect, and have access to the resources needed to thrive. Ed’s policies and programs have been copied all over the country. He is currently the President of Texas Unites, Vice President of the National Animal Care & Control Association, and Board Member for the Association of Animal Welfare Advancement and Shelter Animals Count. Ed’s love for animals means that he also has many pets at home, including a few foster fails. His pets include his dogs (Gurble and Esme), cats (Bertram, Deliah, Riley, Weston, Nestor, Merwin, Scrappy, and Kiwi), goldfish (Iragoo), cows (Cookie, Sprout, and Oliver), and miniature donkeys (Fern and Evie).