Fate and Bull Terriers with Martha Teichner | The Long Leash #50 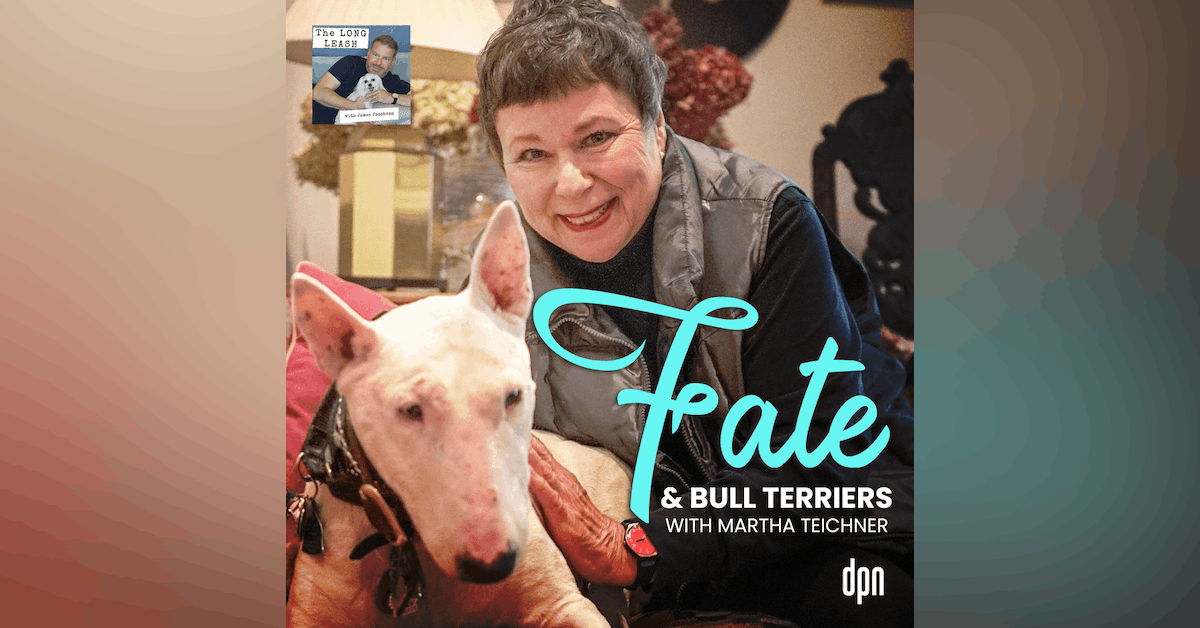 Veteran journalist Martha Teichner has reported on war, apartheid, 9/11, the pandemic, and more … but her most compelling coverage may be the love story between her two Bull Terriers.

Martha Teichner's journalist career started in 1977, and she has reported on every topic you can think of. Her incredible voice and poised presence has been the vehicle through which we’ve learned about war, apartheid, pandemics, politics, and so much more.

Since 1993, Teichner has entered our living rooms every week as a correspondent on CBS Sunday Morning. So, when Teichner’s first book was published, many were surprised. It wasn’t about politics, or behind the scenes at the network, or about her work overseas.

For decades Martha Teichner brought us the world, but in her memoir, she brings us her world. When Harry Met Minnie is a “tail” of love and friendship.

They say that we don’t rescue dogs, but they rescue us … and it often feels like we are fated to be together. For Teichner, the guiding hand of fate is evident from the first moment she hears Carol’s name to the bonding of Harry and Minnie.

And all along the way, this remarkable storyteller details how she came to understand the real meaning of love and saying yes to fate.

Martha Teichner has been a correspondent for “CBS Sunday Morning” since December 1993, where she’s equally adept at covering major breaking national and international news stories as she is handling in-depth cultural and arts topics. Since joining CBS News in 1977, Teichner has earned multiple national awards for her original reporting, including twelve Emmy Awards and five James Beard Foundation Awards. Teichner was also part of team coverage of the Sandy Hook Elementary School shooting in Newtown, Connecticut, which earned CBS News a 2014 duPont-Columbia Award. Teichner was born in Traverse City, Michigan. She graduated from Wellesley College in 1969 with a bachelor’s degree in economics. She attended the University of Chicago’s Graduate School of Business Administration. Teichner resides in New York City.

Thank you for joining us! Dogs know that the most delicious and nourishing treats are often found on the ground. In “The Long Leash,” we rescue tasty scraps from the editing room floor in an unscripted interview show