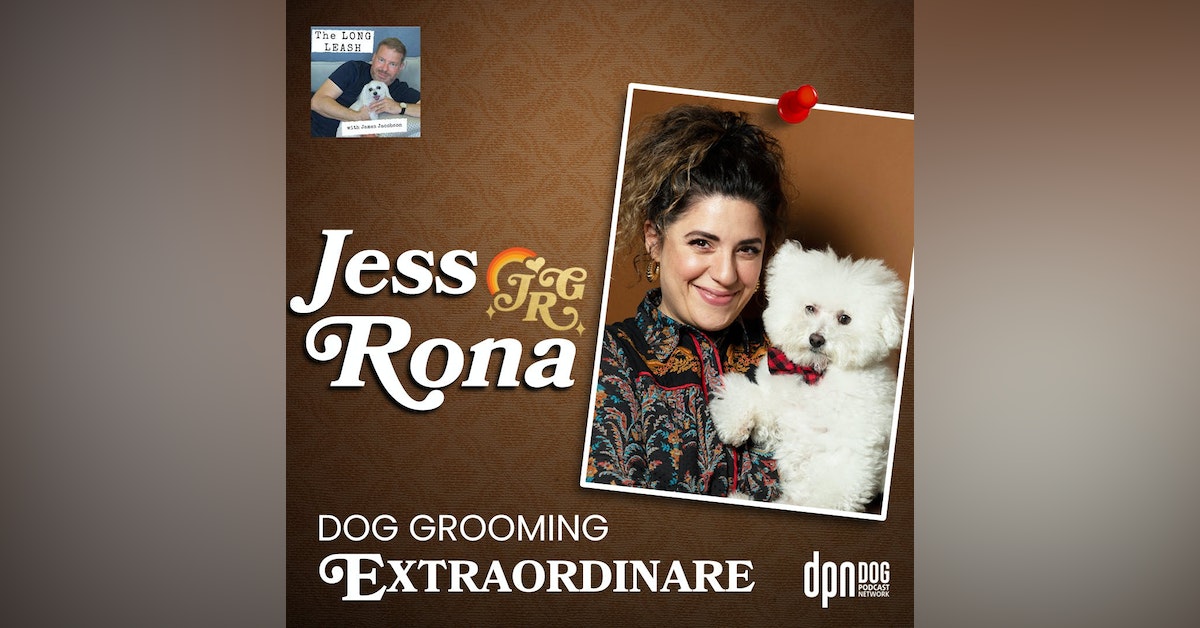 It was a temporary solution on the way to stardom. Grooming dogs earned Jess Rona a few dollars, while she awaited her big break. Little did she know, this was her big break.

But the life she lives now is far from her humble beginnings. This one-woman dynamo started grooming dogs in her garage. Things took off when she started making slow-motion music videos of the dogs for their owners – ears and fluff flapping in the wind. Those videos went viral--and so did Jess.

Jess Rona now lists Katy Perry and Zooey Deschanel’s dogs among her celeb clients, she has written a book, appeared on a range of TV shows and is a star judge on the hilarious HBOMax dog grooming series ‘Haute Dog’.

In this Long Leash, dog stylist, actress, comedian, Instagram sensation and filmmaker/producer Jess Rona gives an honest account on how she reached the highest of highs, by going down a very unconventional path.

Jess Rona is the most influential groomer today, having built a cult-like following on social media with her signature musical slow-mo blowout videos and impressive celebrity pet clientele. As a skilled groomer, content creator, and comedian, she’s created a multi-dimensional grooming empire. In 2018, Rona released her first book Groomed that features over 100 touchingly real and hilarious moments of her canine clients.

Several brands have partnered with Jess to create and direct original content, including Bissell, Standard Hotels, Apple, Ouai, Outdoor Voices, The Hoxton Hotels, Valentino, Casper – and even a music video for the popular cult band Tegan & Sara. In front of the camera, she’s been a part of television shows New Girl (Fox) and One Mississippi (FX).

When she's not creating poodle content, you can find Jess at her new grooming shop that opened Summer of 2020 in Larchmont Village in Los Angeles. She is also executive producer and star of the Critic’s Choice Nominated HBOMax series Haute Dog, inspired by Jess's life and brand.