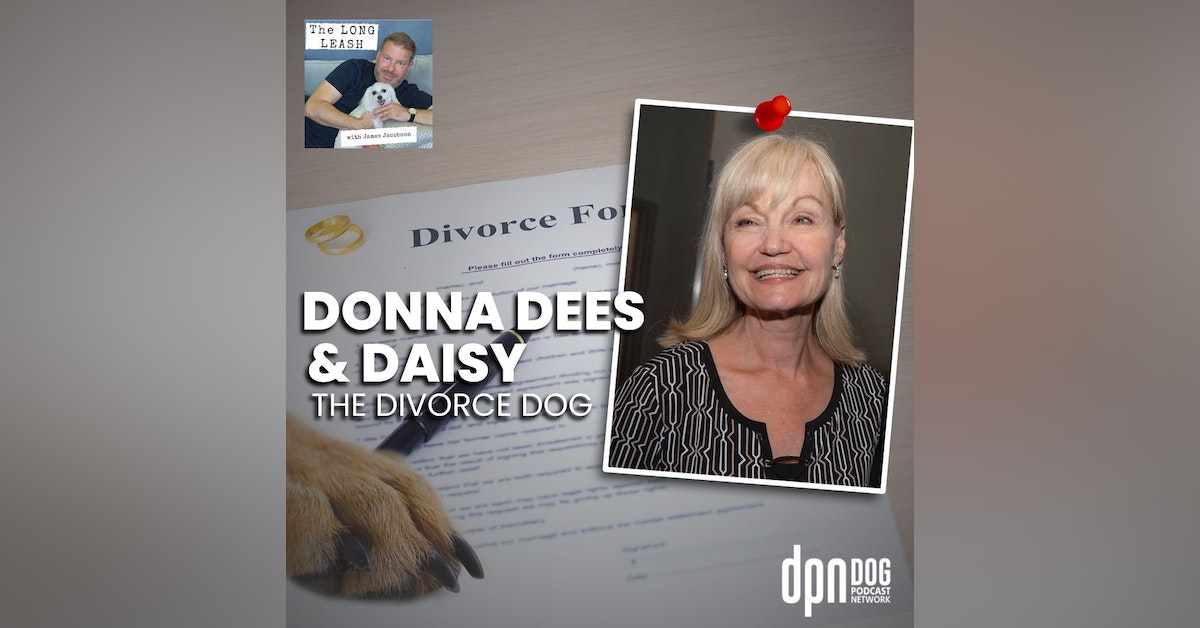 Donna Dees is a high-powered publicity expert with an extraordinary career. Now she’s birthing the Million Mom March ... and her husband asks for a divorce. How’s she going to spin this to their young children? Enter Daisy the Divorce Dog … Donna’s best ever pivot.

Donna Dees worked for U.S. Senator from Louisiana Russell Long. She was David Letterman’s publicist on the Late Show. In 1999, she was birthing the anti-gun violence movement that would culminate with the Million Mom March. Glamour Magazine named her Woman of the Year for 2000.

And right smack in the middle of all that, her husband asked for a divorce. They had two small daughters. How was she going to spin this??

The resulting search for the perfect dog proved all-absorbing. Her adventure of finding, adopting, and living with Daisy Don't-Call-Her-the-Divorce-Dog is twisty fun.

This is a soul-deep conversation about how dogs are the perfect companions for humans of all ages ... and about how we humans cope with tragedy.

0:00 Welcome to The Long Leash

02:35 On the Job PhD in Politics Working for U.S. Senator Russell Long

04:45 Publicizing Stupid Tricks and Trailblazing for Working Moms at The Late Show with David Letterman

06:20 Tragedy in LA Leads to the Birth of the Million Mom March

08:50  Personal Tragedy of Divorce – Can It Be Softened with a Dog?

11:45  Telling the Kids the Divorce and New Dog News

13:36 Two Dogs. Which One To Choose? The Kids Decide, and Custody Is Arranged

18:55 Daisy Saves a Golden Retriever From Drowning … But the Kids Demand Proof

21:18 Leaving CBS After a Record-Long Career

25:05 Tuesdays with Daisy: Quality of Life for the Best Pup Ever

29:32 Next up for Donna Dees: Documentary Film Making

In 1999 Dees watched the coverage of the shooting at the Los Angeles Jewish Community Center. It made her angry, and sad, and she vowed to use her skills to do something. Within nine months she had birthed the anti-gun violence movement ... and organized the Million Mom March on Mother's Day, 2000. Glamour Magazine named her Woman of the Year.

Dees coauthored a book about her experience called Looking for a Few Good Moms: How One Mother Rallied a Million Others Against the Gun Lobby.

Dees recently ended a thirty-plus year career at CBS ... and is currently conjuring a documentary on creatives in New Orleans.