Science Rooted in Kindness with Paul Owens | The Long Leash #10 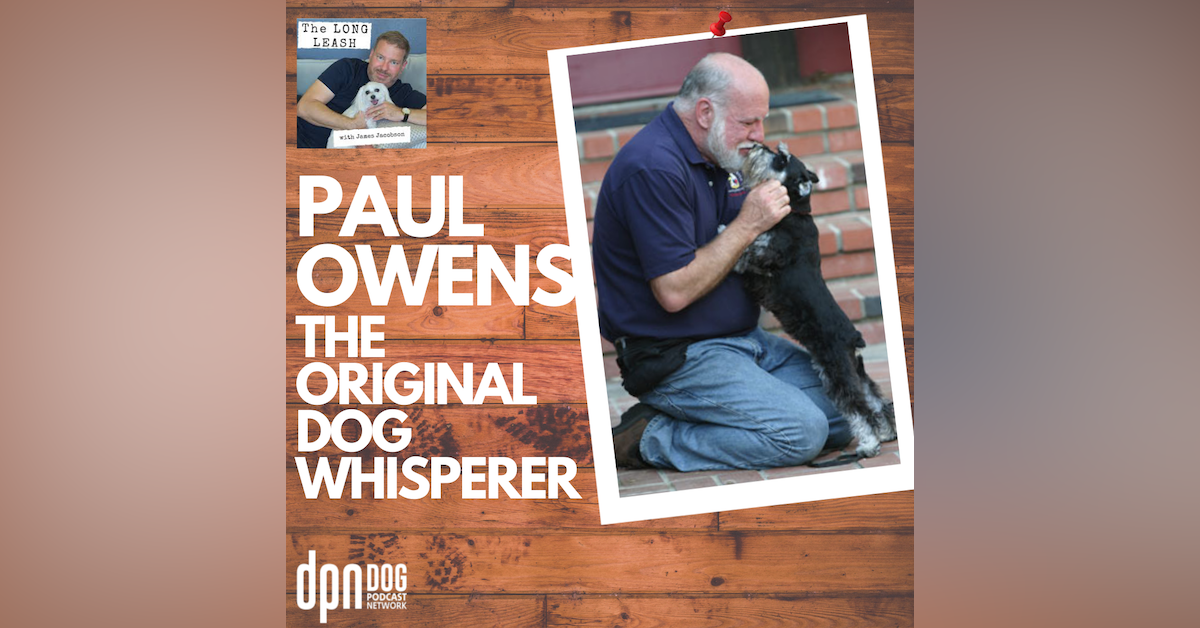 When Paul Owens first started training dogs, he used force – choke collars and punishment – to make dogs obedient. He was good at it, too … until one day, he found a better way.

Paul Owens, AKA the original Dog Whisperer, wants you to breathe. Oxygenating the blood and calming the mind is essential to being a good dog trainer. It’s also a simple, fast, minute-by-minute way to be kind to yourself.

And he’s all about kindness.

Paul’s positive, force-free training techniques work. Why? Because he uses behavioral science, as do “about 50%” of dog trainers working today. But his scientific understanding of the way neurons learn isn’t the only tool he uses. He also approaches dogs – and people – as natural friends and companions.

Science, rooted in kindness and compassion.

Join host James Jacobson for an insightful, often funny conversation with a trainer who, by his own admission, has had an epiphany. You might just learn something yourself by the end of this episode. And that will be good, for you, and for your dog.

Paul Owens, the “original” Dog Whisperer, has been training dogs for over 45 years. Once a classical trainer who used choke collars and shame-based techniques, he has found a new and better way. Now Paul is one of the world’s leading proponents of positive, force-free, nonviolent animal training.

His books and DVDs have been translated into several languages and sold over 600,000 units worldwide. His message of kind and compassionate dog training has reached more than 5 million people through his products, articles, classes, seminars, and television and print interviews. 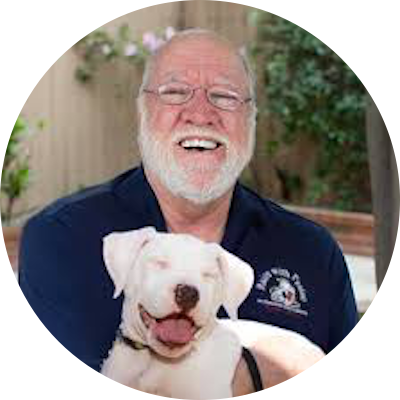 In 2015, Paul was named one of among the first of 27 dog training professionals in the world to earn the title of Professional Canine Trainer-accredited through the Pet Professional Accreditation Board. In 2019, he was recognized as one of the 10 Top Dog Trainers in the United States by Topdogtips.com.

Paul’s programs are unique in that stress management methods for humans are presented as part of the classes. Paul is the founder/director of the children’s after-school, violence prevention program, Paws for Peace. He has practiced and taught yoga in the United States and India for over 45 years.

His public service work includes bite prevention programs for children and monthly dog training seminars at area Humane Societies and shelters. Paul has appeared on numerous radio and television programs, including PBS’s Pets Part of the Family and the nationally syndicated Pet Files. His articles and interviews have appeared in several local and national magazines, including Self, Animal Wellness Magazine, Bark magazine, The Pet Press, The Cleveland Plain Dealer, LA Parent, The Burbank Leader, The Whole Dog Journal, The Yoga Journal, Alaskan Airlines Magazine and many others.