Ben and Jerry’s For Dogs 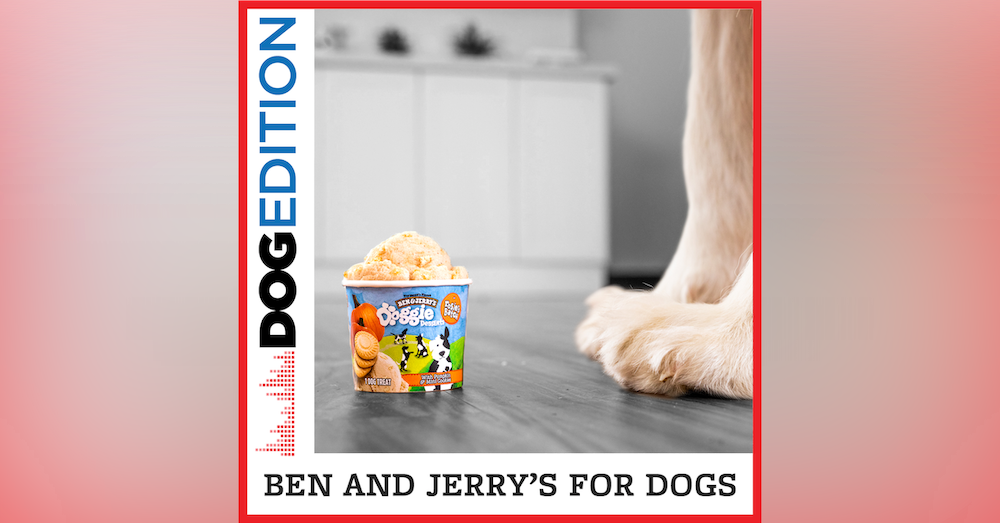 On today's show we curl up with our dogs and a pint of premium ice cream to watch one tearjerker of a dog movie. First, we talk to screenwriter Mark Bomback about his film The Art of Racing in the Rain and how he made our eyes so leaky. Then, we get a tasty scoop on Ben & Jerry's new "ice creams" for dogs called, appropriately, Doggie Desserts.

If your dog worries when you cry during tearjerkers, comfort him with his own pint of Ben & Jerry's.

Mark Bomback, Screenwriter, The Art of Racing in the Rain

Screenwriter Mark Bomback translated the book The Art of Racing in the Rain to the big screen. How'd he take Garth Stein's bestselling novel and make our eyes all red and puffy? He explains his methods ... and also introduces us to the exceptional Mongolian dog breed called Bankhar.

Lindsay Bumps thinks dogs deserve their very own ice cream. And since she works for Ben & Jerry's, one of the most dog-friendly companies in the United States, she gets her own way. She visits to tell the story of Doggie Desserts, their brand-new, human-grade treat for pups. And yes, we (and our dogs) get to take a few licks!

In 1994 Mark Bomback got his first job: as an assistant for Eagles' guitarist Glenn Frey. He held that job for a year before going on to become a screenwriter. His first credited screenplay was The Night Caller (1998). He has since gone on to co-write the scripts for numerous blockbuster films, including Live Free or Die Hard (2007), The Wolverine (2013) and Dawn of the Planet of the Apes (2014). He's also done uncredited rewrites on several other high-profile films, such as Fifty Shades of Grey (2015), Logan (2017) and The Mummy (2017.) His most recent project is the crime drama miniseries Defending Jacob produced by Apple TV+

Lindsay Bumps is Global Marketing Specialist at Ben & Jerry's, one of the most dog-friendly work places in the United States. Doggie Desserts is Ben and Jerry's new frozen treat for dogs. It comes in two flavors. Check out our taste-test video here: https://www.youtube.com/watch?v=GCbEzBeYuD4