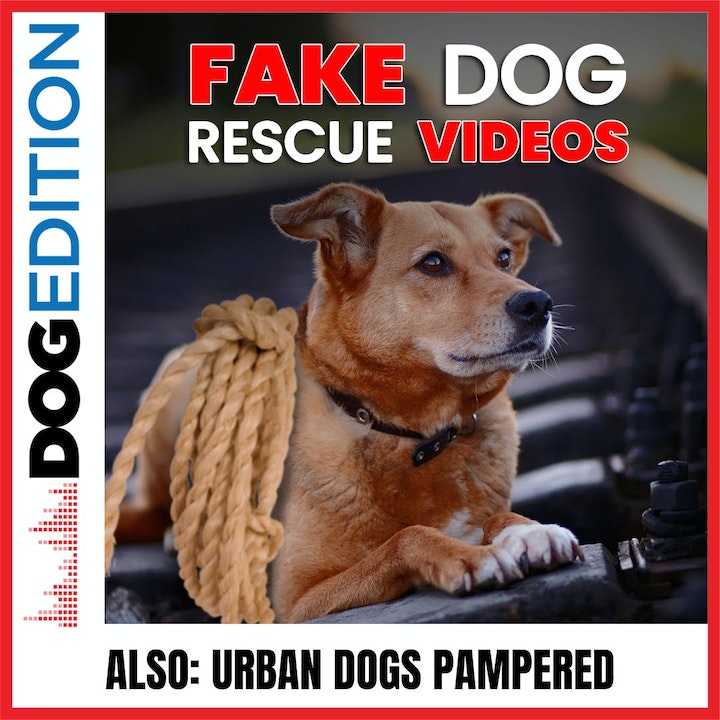 They are the abhorrent videos that are on the rise. But what is behind the fake animal rescue videos that help experts debunk the work of these mischievous amateur filmmakers?

The deep fake videos where humans are celebrated for saving dogs lives, and the true real-life story where dogs are credited with saving a man’s life.

Fake animal rescue videos are on the rise and they are getting more sophisticated. The latest effort from Australia, showed up on TikTok and it had millions of people fooled. So, what did the experts find to debunk it as fake and what is being done more broadly to stamp out this awful practice?

How to spot a fake animal rescue video

Chef/owner Barry Karacostas’ wife handed him an ultimatum: get your life together and stop partying. She also handed him their dog’s leash. Forced to come home to feed and walk Leo, their Rottweiler, Barry’s priorities shifted. The pair started running in the park off lead. Both became more fit, and Barry stayed sober. They were on the right path … and it led to a brand-new business. Now he’s reimagining wellness for every dog – and human – in London as a thank you to the species he credits with saving his life.

Barry Karacostas was a chef-owner going through a difficult time. His dog, Leo, was a kind-hearted Rottie who knew just what he needed. Dragging Barry out for daily walks led to conversations with other dog lovers. As he and Leo became fit and healthy, Barry invited more dogs to join their off-lead pack. His Dog Jogger business attracted celebrity clients. As he learned about canine psychology, Barry realized dogs needed true wellness. He opened Urban Mutts Dog Club & Hotel … a re-imagined day care and hotel facility that is the ultimate “five-star hotel” for dogs and their Londoner companions.