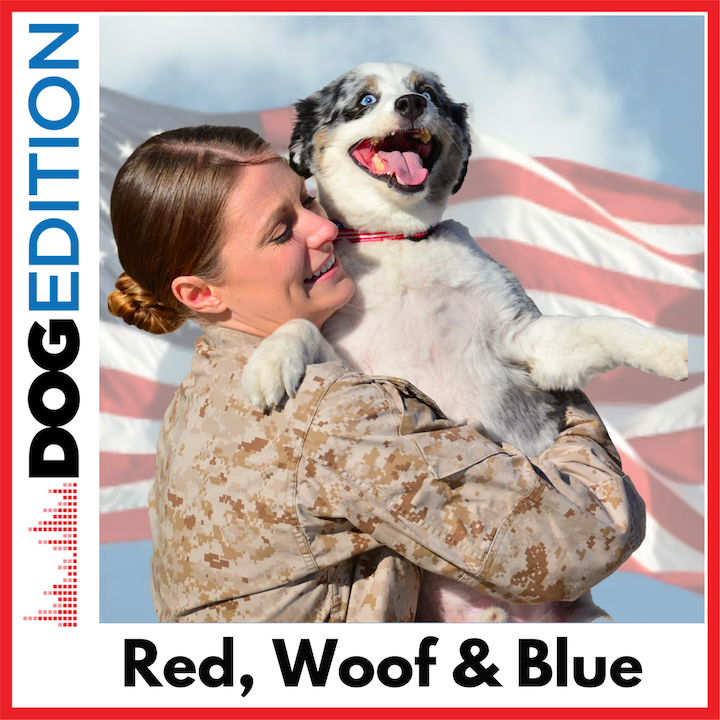 Dogs are loyal to humans. How can we return that loyalty? Alisa Johnson matches dogs with temporary homes while their human military heroes deploy. And Paul Owens, the original Dog Whisperer, trains humans on how to use compassion and love with our dogs.

Dogs and military servicemembers put loyalty first, so this week, we explore how to repay them. Dogs on Deployment matches pets with caregivers for overseas servicemembers. Then, the original Dog Whisperer trains us humans with patience and kindness.

Alisa Johnson has a novel way for every American who loves animals to serve their country. Her nonprofit, Dogs on Deployment, places pets in temporary care for servicemembers. The KC-130J transport pilot who earned the rank of Captain has helped more than 2,000 pets in need. Her story of service to country and dog -- and the challenges of starting a nonprofit -- is novel and inspiring.

One of the first Paul Owens teaches a new client is how to breathe, because 99% of dog training is human training. His positive, force-free techniques earned him the title "Dog Whisperer" long ago. He joins us to talk about how and why his strategies work ... and Pam tries out his recommendations with her dog, Pepper, in the studio.

In 2011 Alisa Johnson, a U.S. Marine, founded Dogs on Deployment with her husband Shawn, who serves the U.S. Navy. The couple were moving to Quantico, Virginia, for Alisa's military training when they realized their dog JD would have nowhere to live during Shawn's deployment. Realizing that thousands of loyal servicemembers face the same situation, they founded Dogs on Deployment. More than 2,000 military Pets in Need have since found loving, temporary foster care while their humans serve our country. Anyone can be a part of the solution by either boarding a pet or donating to Dogs on Deployment: https://www.dogsondeployment.org/

Paul Owens, the “original” Dog Whisperer, has been training dogs for over 45 years. Once a classical trainer who used choke collars and shame-based techniques, he has found a new and better way. Now Paul is one of the world’s leading proponents of positive, force-free, nonviolent animal training.

His books and DVDs have been translated into several languages and sold over 600,000 units worldwide. His message of kind and compassionate dog training has reached more than 5 million people through his products, articles, classes, seminars, and television and print interviews.