It is controversial, many say unethical, and it is expensive. Hundreds are doing it, even superstar Barbra Streisand, but would you clone your dog?

The popularity of pet cloning has grown in recent years, as the technology becomes more accessible and cost comes down, but the practice remains ethically controversial and many who chose to clone, can face a backlash.

Would you clone your dog?

Cloning was once reserved for livestock, but it’s popularity and accessibility has grown among dog and cat owners. But the practice remains controversial, and some say unethical.

When Dolly the Sheep was cloned in 1996, she became the first mammal to be cloned from an adult somatic cell, using the process of nuclear transfer. It was a major turning point in science.

But dogs were much harder to clone because of the differences in the canine reproductive process.

So, when Snuppy, the Afghan Hound puppy, was successfully born in 2005 and named Time Magazine’s Invention of the Year, it was clear this was the start of something big.

Now ViaGen Pets and Equine in Texas is among a limited number of companies worldwide able to clone dogs, cats and horses for pet owners. While detractors disagree with cloning for a range of reasons, those who have done it, including Barbra Streisand, are thrilled with the result and are delighted to have a piece of their beloved dog who provided the cells to make the clone possible.

In this episode, we take a deep dive into the world of cloning to understand why people choose to clone, and why those against it call it the canine version of A Handmaid’s Tale.

Melain has been a member of the ViaGen Pets and Equine team since 2008, having started as a Cell Culture Associate. Since 2009 she has served as the Client Service Manager. Melain received her B.S. in Animal Science from the University of Arkansas. She has a diverse background in biochemistry and molecular biology and has worked in research laboratories at the University of Arkansas for Medical Sciences and the University of California, San Diego. Melain loves being around all types of animals. She is a doting pet parent to one dog, two cats and two chickens.

As a bioethicist, Jessica Pierce’s research and writing focuses broadly on ethical issues that arise in the biological and biomedical sciences. Much of her early work was centered on interconnections between health, health care, and ecosystems. More recently, she has concentrated on human-animal relationships, particularly the obligations that arise in caring for and living well with companion animals. Jessica’s books and articles explore, among other things, hospice and palliative medicine for aging and ill animals, the promise and peril of animal welfare science, and how to give companion animals the best possible care.

ViaGen Pets and Equine is the globally recognized leader in pet genetic preservation and cloning services for canine, feline and equine.

ViaGen Pets and Equine provides services for those who want reassurance that their beloved animal will never be lost to time. Genetic preservation and storage may be helpful for accessing current therapies and advanced diagnostics, and future therapeutic options that don't yet exist. Beyond this, genetic preservation with ViaGen Pets and Equine is the first important step necessary providing you peace of mind should you choose the clone now or down the road. 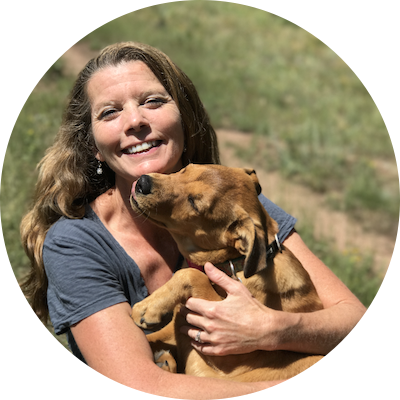 Bioethicist Dr. Jessica Pierce has been writing and teaching about the moral contours of human-animal relationships and environmental sustainability for over 20 years and is a leading scholar in environmental bioethics. She has published 11 books, including A Dog’s World: Imagining the Lives of Dogs in a World Without People, The Last Walk and Run: Reflections on Our Pets at the Ends of Their Lives, and Spot, Run: The Ethics of Keeping Pets, as well as hundreds of scholarly and popular articles. She is passionate about the possibilities for peaceful co-existence between humans and the many other forms of life with which we share the planet. Her Psychology Today blog, All Dogs Go To Heaven, can be found here: https://www.psychologytoday.com/us/blog/all-dogs-go-heaven.